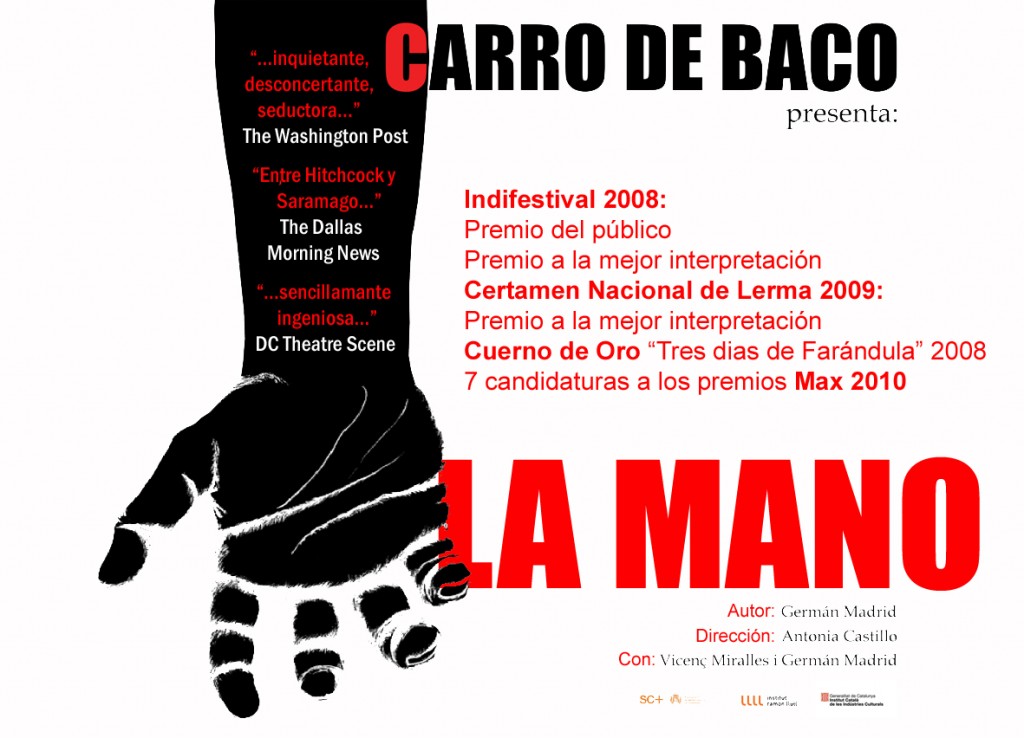 “As cryptic at times as Waiting for Godot, as gory as a midnight movie, The Hand can be enjoyed as dark Grand Guignol comedy or as a serious, violent allegory” Elaine Liner -Dallas observer-

“Is there a mini Renaissance of Spanish Language Absurdist Theatre happening?”“The overall experience is like biting into a magical and luscious chocolate with an unexpected but very satisfying filling.” Mark-Brian Sonna -The column-

“This is absurdist theater with a sickly twisted sense of humor: Waiting for Godot as directed by Quentin Tarantino. (Director Andy Baldwin even kicks it off with Tarantino-esque mariachi music.) It’s a deliciously evil mindfuck of a play, part Sleuth, part Bunuel film, where the concept of “a pound of flesh” takes on an odd meaning “ Arnold Wayne Jones -Dallas Voice- Iliveindallas.com
Tweet
Volver arriba